Blue jays flew in from the west, the river side of the hill. At first three or four, all screaming and shouting at some unseen danger or disruption. The chastising crescendoed as more arrived. Msko-waagosh lost count at fourteen agitated birds, flying, swooping and dodging about. The returned white captive who spent his youth among the Ojibwe people did not move, did not turn around. Instead, he continued to peer through the space where the great oak forked into two big branches. 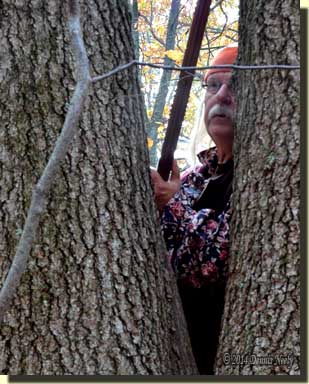 Raindrops pattered out a soft melody on damp oak leaves, a pleasant counterpoint to the blue jays’ ruckus. On the far side of the valley that lay below the wooded hill, a small whitetail buck sniffed an earthen trail. The deer presented no shot for the Northwest gun, not just yet. The woodsman’s body sheltered the flintlock’s precious priming powder as he waited and watched.

Despite the constant jaying, the buck never looked up or gazed about much. Ears flipped, the only outward sign of vigilance displayed by the forest tenant. Ahead of this deer and up the far slope a ways grew a large red oak. In the midst of the gentle drizzle, Msko-waagosh recalled his encounter with Lt. Lang.

The adopted son of an Ojibwe family was out hunting when he came upon the ranger from Fort Detroit dressing a fine deer. Firelocks clicked at the discovery, but both eased. A few words of broken English, the same of Ojibwe communicated no ill intent, then the returned white captive melted back into the hardwoods.

As the seven-point buck approached, Msko-waagosh wondered what ever became of the British Ranger from Fort Detroit…

One of the treats associated with researching the life of a hunter hero is stumbling upon human interactions with other individuals of historical note. Sometimes those people are famous, sometimes infamous, sometimes recognizable by the average person and sometimes known only to a handful of devout followers.

In a recent traditional black powder hunting blog post, “Plucking a Few Choice Words,” the emphasis was on understanding the backstory and the resulting consequences or rewards that surround a given journal passage. It is important to note, however, that each of the supporting narratives also represents “a given journal passage” in their own right.

Intermixed with the daily comings and goings of a backcountry hunter are a few gems that catch the eye of any reader. Who would not be interested in a passing mention of missing out on visiting Lewis and Clark?

“On going to Mouse River trading-house, I heard that some white people from the United States had been there to purchase some articles for the use of their party, then living at the Mandan village. I regretted that I had missed the opportunity of seeing them but as I had received the impression that they were to remain permanently there, I thought I would take some opportunity to visit them. I have since been informed that these white men were some of the party of Governor Clark and Captain Lewis, then on their way to the Rocky Mountains and the Pacific Ocean.” (Tanner, 98)

As a living historian broadens his or her research within a given time frame, such normal crossing of paths becomes more obvious and commonplace. In the months that followed the first reading of John Tanner’s journal, I acquired a copy of the narrative of one Daniel Williams Harmon, Sixteen Years in the Indian Country: The Journals of Daniel Williams Harmon.

At that time, my primary focus was the trading post hunter persona. Journals of fur trade clerks from the 1790s, especially those of the North West Company, garnered top priority as I searched out entries that dealt with specific hunting exploits that occurred in my chosen era and general geographical location.

Daniel Williams Harmon was born on February 19, 1778. He entered the fur trade in 1799 as a warehouseman for McTavish, Frobisher & Company. Simon McTavish was a controlling partner in the North West Company. In 1800, he became a clerk assigned to the Swan River District, just west of Lake Winnipeg. Now keep in mind, I had just finished reading Tanner’s journal when I came upon this nugget in Harmon’s journal:

“July 9, Thursday. Cam here an American who when quite a Child was taken from his Parents (who lived in the Illinois Country) by the Sauteux and with whom he has remained ever since and speaks no other language but theirs. He may now be about twenty years of age and is looked upon as a Chief, neither does he like that any one should speak to him about his Relations but he in every respect except his color resembles the real Savages with whom he lives and is said to be an excellent Hunter, and remains with an old Woman who soon after he was taken from his Friends adopted him for her son & he appears to be as fond of her and she of him as if she actually was his Mother.” (Harmon, 49)

I highlighted this passage, scribbled “Captive: Tanner?” in the margin and set about making one of my sticky notes to mark the page, lettering “John Tanner?” upon the edge the sticky stuff. When I finally contained my exuberance, I saw the teeny-tiny footnote “28a” reference at the end of the paragraph, and looking further discovered:

“It is generally assumed that this young man was John Tanner, who later returned to civilization and told his story in a volume entitled A Narrative of the Captivity and Adventures of John Tanner…”

Now here is where backstory research gets real touchy. The editor of Harmon’s journal, W. Kaye Lamb, included a footnote that appears to be based on historical research corroborated by more than one person. Over the years I have found this not to be the case, sometimes at the cost of great embarrassment on my part—and even with such learning lessons I occasionally suffer from “moccasin in mouth disease.”

One of the first clues was Harmon estimating Tanner’s age, and perhaps the easiest to verify. Harmon was born in 1778 and Tanner about 1780. These two children of the wilderness were about the same age, so Harmon noting Tanner’s age makes perfect sense. And about this same time Tanner says:

“In the ensuing fall, when I was something more than twenty-one years of age, I moved, with Wa-me-gon-a-biew, and many other families of Indians, to the Wild Rice.” (Tanner, 95)

The Wild Rice River is a tributary of the Red River which flows south out of Lake Winnipeg. The Swan River where Daniel Harmon’s post was located lies east of the Assiniboine River and flows into Lake Winnipeg. A few paragraphs before stating his age, Tanner says:

“…As several miles travel might be saved by crossing from this point on the Little Saskawjewun [Saskatchewan River] to the Assinneboin [Assiniboine River], I left the canoe, and having caught the horse [earlier Tanner said, “…found a horse which I knew belonged to the trader I was going to see”], and put my load upon him, led him towards the trading house [the “Red River trading house” at the mouth of the Red River at Lake Winnipeg] where I arrived the next day. (Ibid, 93) 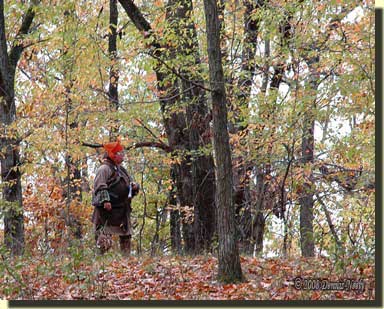 Another example of the crossing of paths involves one of my favorite fur trade clerks, Duncan McGillivray who wintered at Fort George on the Saskatchewan in 1794 and ‘95. Both Duncan and his older brother William became principals in the North West Company. In the spring of 1800, Daniel Harmon notes:

“May 29, Thursday. Duncan McGillivray Esqre. (one of the Agents for the North West Coy.) came in the morning to St. Josephs from Mackanu, and soon after we embarked aboard our Canoes to come to this small Island, and as it is a fine calm [night] my fellow traveler and I intend to sleep in our Canoe.” (Harmon, 18)

Again, this is a passage that can stand alone for discussion regarding “daily practices.” But dear reader, please bear with me as I tie all of these gentlemen together. After wintering near the Red River, Tanner, and other hunters of their band began the journey back to Lake Huron and the trading houses at Mackinac Island.

“…we had now eleven packs of beaver, of forty skins each, and ten packs of other skins…” (Tanner, 50)

“When we reached the small house at the other side of the Grand Portage to Lake Superior, the people belonging to the traders urged us to put our packs in the wagons and have them carried across. But the old woman knowing if they were once in the hands of the traders it would be difficult, if not impossible, for her to get them again, refused to comply with this request. It took us several days to carry all our packs across, as the old woman would not suffer them to be carried in the trader’s road. Notwithstanding all this caution, when we came to this side of the portage, Mr. McGilveray and Mr. Shabboyea, by treating her with much attention, and giving her some wine, induced her to place all her packs in a room, which they gave her to occupy…” (Ibid, 51)

Tanner does not say which “Mr. McGilveray”—Duncan or William—was involved in this tale of intrigue, which continues on after this passage, of course. Duncan’s journal predates this happening, and I have not found a journal attributed to William to see if Tanner or Net-no-kwa is mentioned. On to the “research to-do list” with that one…

Near the end of John Tanner’s journal, he recounts another series of events that cannot go without mention. He has decided to return to “the states,” and seek out his family. Through the aid of friends and acquaintances, Tanner travels to Fort William, the North West Company post on the west end of Lake Superior, on to Sault St. Marie, then to Mackinac Island…

“Major Puthuff, the United States Indian Agent at Mackinac, gave me a birch bark canoe, some provisions, and a letter to Gov. Cass at Detroit. My canoe was lashed to the side of the schooner, on board which I sailed for Detroit…In five days we arrived…”

“…I took Major Puthuff’s letter in my hand, and having learned from the Indians in which house the governor lived, I went toward the gate, till a soldier, who was walking up and down before it, stopped me. I could not speak English so as to be at all understood, but seeing the governor sitting in his porch, I held up the letter towards him. He then told the soldier to let me pass in…” (Ibid, 235)

“The governor gave me clothing to the amount of sixty or seventy dollars value, and sent me to remain, for the present at the house of his interpreter…” (Ibid, 236)

So here we have the crossing of paths of yet another historical figure of great significance, Lewis Cass. Cass was Michigan’s 2nd Territorial Governor, appointed by President James Madison in 1813. Governor Cass resigned in 1831 to become the Secretary of War under Andrew Jackson. He was Secretary of State for James Buchanan, a United States Senator and he ran for U.S. President, losing to Zachary Taylor in 1848. It would be interesting to find out if Major Puthuff’s letter of recommendation for John Tanner is tucked away among Governor Cass’ personal papers—interesting indeed…

One Response to “Interesting indeed…”