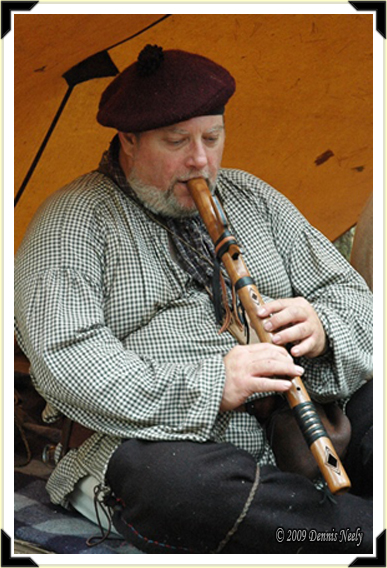 Early on a late-September afternoon at the “2009 Geezer Scout,” held in the state forest at Marl Lake, Charlie Brown began to play his Native American flute. His joyous melody filled the camp and surrounding forest with angelic tones. Charlie Brown passed away on September 21, 2014. He was a Scotsman and a devoted living historian, and the Geezers have asked his friends to “raise a dram of good malt whiskey” in his honor. Please include Charlie and his family in your prayers.